Another DHS “Exercise” Planned: The Risk of Terrorism Drills Becoming Reality_The only hope to stop the next terrorist attack' which conspicuously aligns with a planned safety drill is to shine the light on these events before they happen

The below is an email from a Lt. General that shows a study in 2012 on how many personnel of the 4 branches of the United States military that would support the government in a Civil War situation. What is surprising in this study is that 75% of the Air Force would support the government. Realize also that Obama fired, laid off and forced about 270 military officers in 2014 into early retirement and some did leave of their own free will.

If you have studied what is going on with Jade Helm 15 and the huge military build up across the United States probably at some point there may be riots and it could be caused by the stock market collapsing, banks taking bank holidays as in Europe, and the dollar becoming worthless. There may be Martial Law implemented when people take to the streets due to these problems. Then at this time is when the military could go into action. This might be why some people have seen a lot of military from Russia, NATO, Britain, Canada, and other countries that are not so concerned about American citizens and what happens to them. Of course the government says it's for bringing the various groups of military together for suburban military training for Iraqi and other Middle East countries. But if this is the case then why train in American cities and any one in the military will tell you they train in locations that simulate the area that they are going to be deployed too. And for their training for Afghanistan and Iraqi they trained in desert areas not in American cities. The military also has bases with make believe cities for city type training. It appears they are getting Americans used to seeing the military on American streets.
Look at the map below and you will see hostile and friendly areas. When you dig further into this you find out that the hostile areas are where groups such as Patriots, Constitutionalists, 2nd Amendment groups, along with Christians, and others of these types of groups are located. Texas is of great concern to them because of the large amount of people that believe in being armed and protecting their rights as an American citizen. This map below doesn't show all of the states that are now involved with Jade Helm 15. As of June 2015 they began this training in Flint, Michigan and many other states and the original training was to run from July 15 thru September 15 2015 from midnight to 4am each day in 7 states and then Florida was added. They have moved up their timelines in some areas and now they have a very large build up in the Pinon Canyon area of Colorado south of Colorado Springs.
Now here we are in January of 2016 and there has been some reports of the military leaving the various Jade Helm military training locations. But there has been a lot of UN vehicles arriving in Florida and moving across the U.S. on trucks and trains. Also there is now a great number of Saudi Arabian military vehicles coming into the country and moving across the U.S. by trucks and trains.  They have a red crescent moon on them along with another red crescent moon with a green wreath on either side of it with a red emblem at the top and a yellow emblem at the bottom. Then in Arabic at the bottom it says Land Forces according to a Saudi Arabian. He also says that these are like their Army vehicles and was very surprised to see them coming into America.
Also in 2016 we have the new Jade Helm training called UWEX-16 or it could be called Jade Helm 16 that partly started in January. You can find more information on this Military Warfare Exercise at this link.
Then if you look at the map of potential FEMA camps across the country and you will see that they have many possibilities. Now they are converting malls and schools with fences and towers into what appears as some kind of possible holding areas. You have to ask yourself who are these people that they might plan to put into these camps. And it appears according to their documentation that who they call hostile people as the groups stated above will probably be put into these camps at some point in time.

Jade Helm 15 Official Tom Meade who is a Senior Non-Commissioned Officer from Army Special Forces (retired) and is talking to Big Spring, TX city council and others.

Jade Helm, the Pope, Walmart and the Final Dispositions of Americans

Four Documents Proving the Existence of the Red List 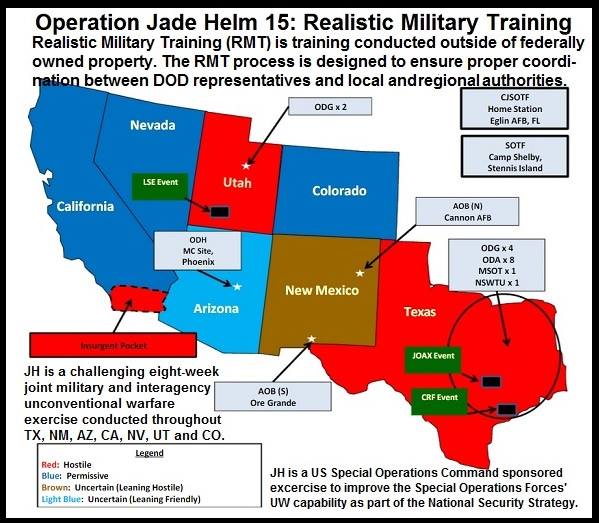 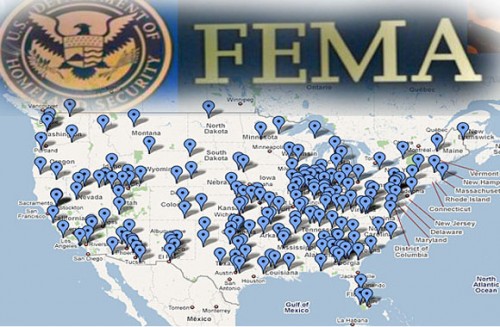 The below is FM 3-39.40 United States Army- Internment Resettlement PDF that explains what the military is planning on doing. This is 326 pages long but it gets into the details of how the military will handle situations of people that fit into these Dislocated Civilian categories in the world and may require Internment and Resettlement for the detainees. The below are two of the seven Dislocated Civilian categories dealt with in this PDF on who might need to be put into the Internment and Resettlement camps. These categories are on page 19 of 326 or 1-7 in this PDF.

Evacuee: An evacuee is a civilian removed from a place of residence by military direction for reasons of personal security or the requirements of the military situation. (JP 3-57)

Malls could be converted to FEMA Camps within 72 hours.

Jade Helm and other activities in America and what people believe.

When Will Martial Law Be Implemented? Ask Your Pastor

Download File
The below PDF is Bill HR3162 USA Patriot Act this allows for citizens to be Snatched and Grabbed. This also allows for Sneak and Peak searches of Americans property and possessions without your approval or a court order.

Download File
Law of War Manual
This was released in June 2015 and shows that journalists are considered "unprivileged belligerents," which is a term that replaced the Bush-era term of "unlawful combatants," who in some cases, specifically who if they don't toe the official "propaganda," can be considered spies that are subject to "indefinite incarceration, military tribunals, and extrajudicial execution." This is a 1,200 plus page Department of Defense manual that details aspects about war and how they are handled.

Download File
There are parts of the USA Patriot Act that were ending on May 31st, 2015 and Congress was voting on the USA Freedom Act that passed. But in the article below you can see that there are still ways that the government can work around being blocked to retrieve American information. 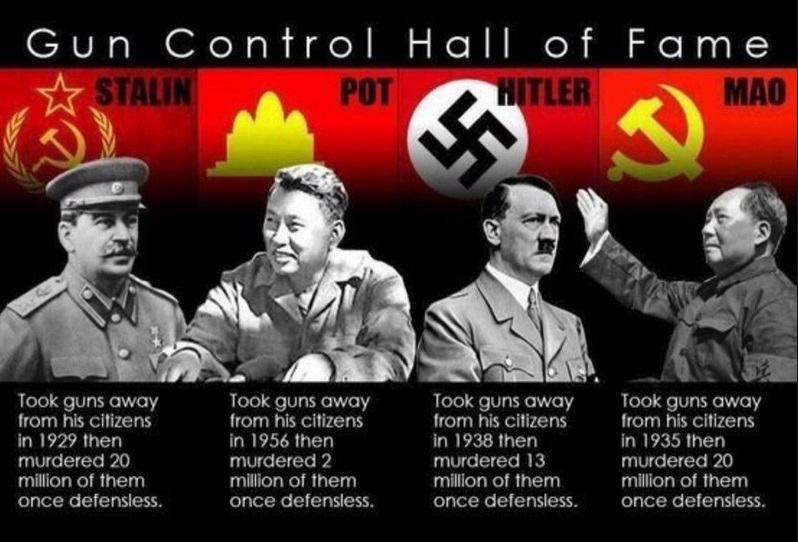